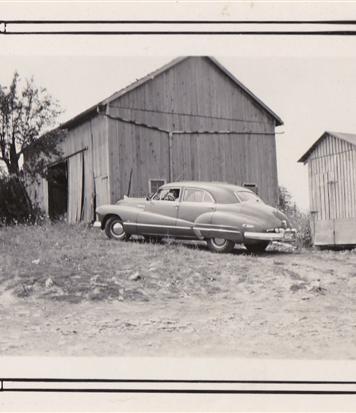 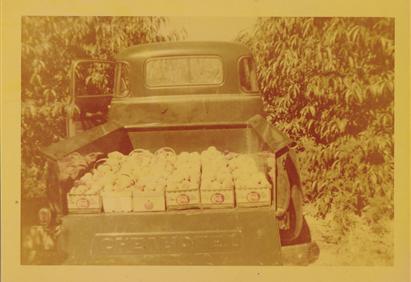 A new start for an old farm

Warrick farm located on the western outskirts of Miamiburg is not a new farm but has a "new start."  The Farm land  has been passed down since  1803 and was originally was the Stettlers.  The original farm was much bigger than the remaining 42 acres but the exact number is unknown.

In the 1940s and 50s the farm was known for their large peach orchard.  Then a change in the climate brought about the end of the orchard in the 1950s.  The Warricks completely got out of farming in the 1960s. The final straw was when the barn burned down and all of the farm equipment inside was lost .  Warrick's  property was cash rented out and the fell in to disrepair until 2006.

In 2006 Chris Warrick began clearing back the years of over growth and neglect to rebuild the farm.   Since 2006 Chris has cut back fence rows of honeysuckle, cleared the pastures, and built new fences.   The pastures are now suitable for livestock again.  Boar meat goats were the first animals back on the farm in decades.  The goats are used to help clear the brush and keep the vegetation in check.  2011 brought pasture raised chickens to the farm.  The chickens are raised outside in a large portable pen.  The pen is moved daily where the birds get their choice of fresh grass and bugs or unmedicated grain.  Spring of 2013 brought beef cattle to the farm.  The heard is young and is several years from producing beef but the ground work is now laid for beef production!

In 2012 Chris began working to share his love of tractors and the farm with others.  2013 will be the farm's first year to host the fall family hayrides!